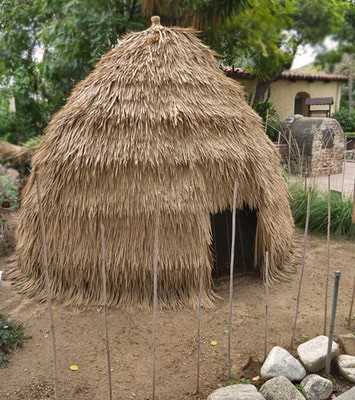 Documented evidence shows that Native Nations peoples have inhabited Banning Ranch for at least 3000 years.  This is not surprising as Banning Ranch, located on a high mesa at the mouth of the Santa Ana river, would provide a great vantage point as well as being in proximity to abundant food sources.  Banning Ranch, and the area around it, was the site of a large and significant Native Nations settlement known as Genga.  A major burial site is located a mile away at what is now Fairview Park.  At the time of European arrival, two tribes were living in the area, with the Tongva (or Gabrielino) to the north, and the Acjachemen (or Juaneno) to the south. 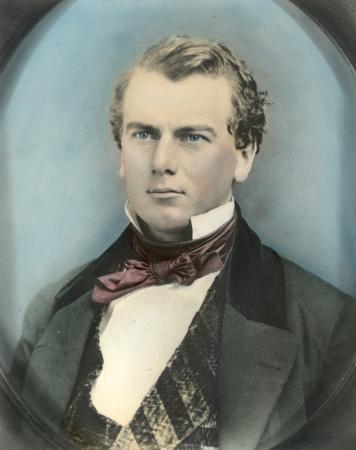 In 1851, Phineas Banning, the “Father of the Port of Los Angeles,” arrived in San Pedro, California.  He built his own staging and shipping company, and with investors acquired land adjacent to San Pedro for port expansion of the harbors and docks.  In 1874, his wife, Mary Hollister Banning, acquired 4,077 acres of prime farm and ranch land (the original Banning Ranch), located in the vicinity of the Santa Ana River for $17,500.  Subsequent years saw most of the original Banning Ranch sold off.  The current 412-acre Banning Ranch is all that is left of the original 4,077 acres.  The remainder has become portions of present-day Costa Mesa and Newport Beach.

The oil boom came to Orange County and in 1943 oil was struck with the Banning Well #1.  Over the past 60 years, Banning Ranch has produced nearly 36 million barrels of oil.

Presently, only 412 acres – one tenth of the original ranchland – remains, comprising wetlands, coastal bluffs, arroyos and mesas situated north of the Pacific Coast Highway between the Santa Ana River and Superior Avenue.  Due to its status as a working oil field, it has escaped the high-density development that is characteristic of most of Newport Beach, Coast Mesa and Huntington Beach.  In November 2006, Newport Beach voters approved a General Plan prioritizing the acquisition of Banning Ranch as an open space amenity for the community and the region.

Banning Ranch is also a link between publicly owned open spaces that are planned to become the future Orange Coast River Park; to the southeast is Sunset Ridge Park, to the southwest are the Army Corps of Engineers restored wetlands and the restored wetlands Seminiuk Slough, to the north is Talbert Nature Preserve and Fairview Park, and on the other side of the river are the Huntington Beach Wetlands Conservancy wetlands.  In an era where nearly all remaining privately owned open space in Orange County is being developed, Banning Ranch is truly a gem worth saving as one of nature’s last stands.